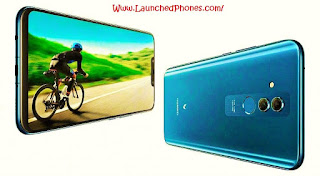 Huawei Maimang 7 is launched in China as the Huawei Maimang 6 upgrade. The main highlight of this latest Huawei phone is a total of four cameras. This phone is launched in the mid-range category and before telling you about this phone, let me tell you, the international launch date is not confirmed by the company.
The phone is launched at the price of 2,399 Yuan, which gets around $350 for the USA. Only one variant is launched, this is the only variant for you dude. Let me tell you, on the rear side of this phone, you will get the fingerprint sensor to unlock the phone.
This is the dual-Sim phone, which is launched with the Hybrid Sim slots. You will have to use two Sim cards without the memory card or single Sim card with the memory card. You will get VoLTE on both the Sim cards. One thing you should note here, you have the frequency to choose for the Wi-Fi because of 2.4/5 GHz available.
The USB Type-C is given by the company. The 3,750 mAh battery is installed by the company in this phone. You will get the fast-charging support in this phone. Black. Gold and Blue color variants are launched for this phone. You will get the 3.5mm jack in this phone.

This latest Huawei phone is launched with the Android 8.1 Oeo, which is the latest and for the additional features, you will get the Emotion UI 8.2. The HiSilicon Kirin 710 Processor is used in this phone, which is the mid-range processor to handle the heavy graphics. The 2.2  GHz Octa-core is used in this phone for the better performance.
The Mali G51 MP4 GPU is used in this phone to handle the Graphics. The 6 GB RAM is given by the company to handle the multitasking. You will get the 64 GB internal storage, which is expandable up to 256 GB.
At this time, most of the users like to play the games. If you are looking for the decent performance then you should choose this phone, if you are looking for Huawei phone. The HiSilicon Kirin 710 12 nm processor is a really efficient processor, which will definitely give you high performance. The 6 GB RAM will give you decent multitasking and the Android 8.1 is good too. The Samsung Galaxy J6 Prime is listed on the FCC.
I have one complaint here, which is only 64 GB internal storage because according to me, they should have given the 128 GB internal storage, which is really good for the price. The memory is expandable up to 256 GB via memory card but you will have to compromise here, If you can tolerate this thing then this phone will give you really good performance for this price. 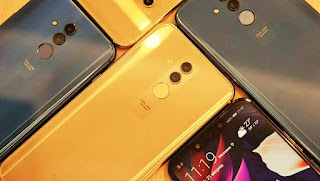 This phone is launched with the good display size. The display is launched with the notch design, which looks too beautiful. The display resolution is good and this display will definitely give you good colors and decent viewing angles.
The good processors are used in this phone with the really massive RAM. The internal storage is low but you can expand this memory. The phone is launched with the GPU Turbo technology, which is amazing too. The LG Candy is launched under the price of $100 and this is really good phone.
The rear cameras will definitely give you good shots and the front cameras too, but no 4K recording is a major drawback for this phone but the 1080P video recording will give you really good videos.
I am giving the pick to this latest Huawei phone. Share the article with you friends and if you are thinking to consider this phone then follow the blog on any social media platform. Thank you and love you all my friends!
Post Views: 32