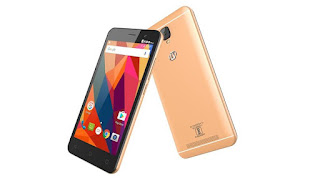 Recently M-Tech launched M-tech G24 feature phone, this phone launched with a price of the 8,99₹. Now M-Tech launched its Android smartphone, with 4G VoLTE support. The new smartphone name is Eros Plus, which is launched with a price of the 4,299₹.
The display of this phone comes with a size of 5 Inches. This is an FWVGA display, the resolution of the display is 480×854 pixels. The phone contains a 5 MP rear camera, and there is a 0.3 MP camera too, for the selfies and video callings. There is a 2,000 mAh battery to power this smartphone. 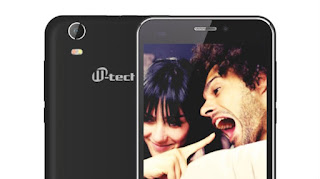 The M-tech Eros Plus is a dual-Sim phone, which runs on the 1.3 GHz quad-core processors. The phone contains 1 GB RAM for the multitasking. The phone contains 8 GB Internal memory too, which can be expanded via memory card up to 64 GB. The Eros Plus runs on the Android 7.0 nougat.
The Co-founder of this company said, this is a decent smartphone, which is better than the other smartphones in this price range. The phone contains a good camera and this phone is really good for the selfies. The design of this smartphone is really well. The phone comes with Wi-Fi, Bluetooth etc.
Let me tell you about the M-Tech G 24. The G-24 supports 5 regional languages. The phone launched with a 1.8 Inches display, which comes with a resolution of the QQVGA. The best thing about this phone is, this is the only phone which comes with the front camera in this price range.
Post Views: 28