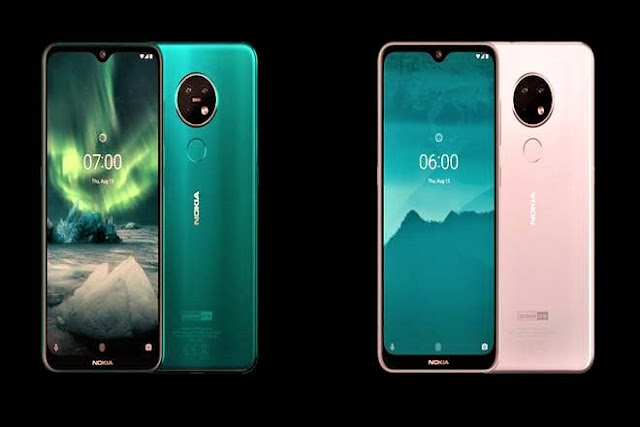 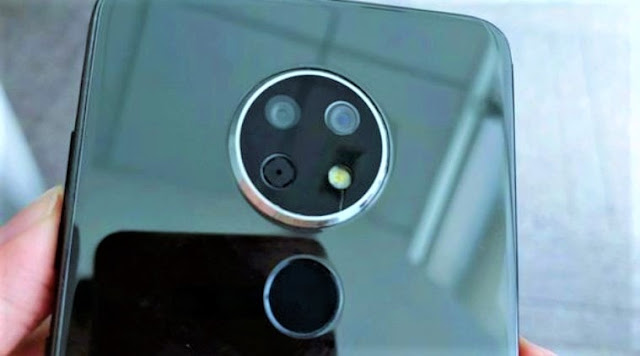 Both phones are the same in the display segment. These phones have a 6.39 inches large display with the Infinity-U design. The IPS LCD display panel is used in this phone and it comes with 1080×2340 pixel resolution. The aspect ratio is 19.5:9 and displays are protected by the Corning Gorilla Glass 3. The Pixel density is 403 PPi and these displays support HDR10 Contents.
Both the phones run on the Android 9 Pie and these phones have Android One support, which confirms the Android 10 update in some months. Both the phones have different processing power and I will tell you about the Nokia 6.2 first.
The Nokia 6.2 runs on the Qualcomm Snapdragon 636 Octa-core processor with the max clock speed of 1.8 GHz. Adreno 509 GPU used in this phone. Three variants are revealed for this phone but that pricing is announced for the Nokia 6.2. First one with 3GB RAM/32 GB Storage, 4 GB RAM/64 GB storage, and 4 GB RAM/128 GB Storage with the expandability of 512 GB via dedicated memory card slot. The 3 GB RAM variant comes with eMMC 5.1 and other variants come with UFS 2.1.
Nokia 7.2 comes with the Qualcomm Snapdragon 660 Octa-core processor with 2.2 GHz clock speed. Adreno 512 GPU is used with this processor. Two variants are revealed for this phone, the first variant comes with 4 GB RAM and 64 GB storage and another comes with 6 GB RAM and 128 GB storage with the 512 GB expandability.
Both the phones are the same in terms of camera segment except the main sensor and front sensor. So, Nokia 6.2 comes with 16+8+5 MP sensors, where 16 MP is the main sensor with f/1.8 aperture, 8 MP is an ultra-wide sensor with f/2.2, and 5 MP to measure the depth. The phone can record 4K videos at 30 FPS. The front sensor comes with only 8 MP resolution.
The 7.2 of Nokia comes with the 48+8+5 MP camera sensors, where 48 MP sensor comes with f/1.8 aperture and it comes with Zeiss optics, the 8 MP ultra-wide sensor comes with f/2.2 aperture and 5 MP will measure the depth. The phone can record 4K videos and the front sensor is 20 MP with f/2.0 aperture.

Which is good after Nokia 6.2 vs Nokia 7.2 full comparison?

Both the phones are launched with decent displays with the HDR10 Support. These displays are good and you will surely love these displays. Android One platform is a good choice and the company will roll out soon the Android 10 Upgrade. I am a bit disappointed with the Nokia 6.2 processors, the same processors were used in Nokia 6.1 Plus. Nokia 7.2 has decent processors.
The cameras are decent in both the phones and you will surely love both the phone’s cameras but I am again disappointed with Nokia 6.2’s front camera because of the low resolution. I am giving the kick to Nokia 6.2 at this pricing because you can get Nokia 7.1 and Nokia 6.1 Plus phones at the lower-pricing. The Nokia 7.2 is a decent choice and I am giving the pick to that phone.
Post Views: 346