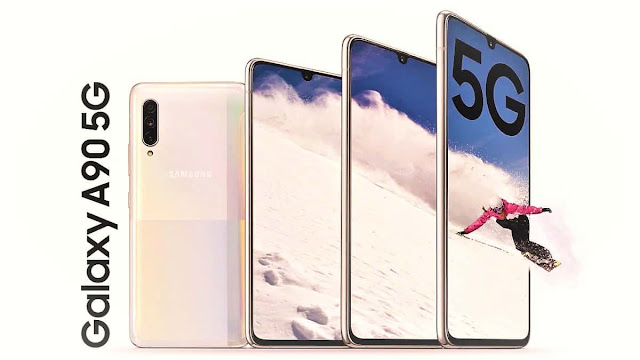 Samsung has launched its new flagship killer smartphone, which is the Galaxy A90 5G. This is the first phone of Samsung Galaxy A series, which comes with the 5G support. The company has not revealed any 4G version of this phone.
The phone comes with the Samsung Dex, which will help you to display your phone’s content on the TV, Laptop, Desktops, etc. Two-color variants are available for this phone and this phone comes with black and white color variants. Nothing is revealed about the international launch date of this phone.
Only one variant is launched in South Korea and the price of that variant is 8,99,800 won, which goes around $745 or ₹53,500. This phone has the VoLTE for the calls. The Dolby Atmos sound technology will deliver you good sound but there is no 3.5mm jack, which can be said a drawback. The fingerprint sensor is placed under the display and this is an Optical-sensor for the best results. The 4,500 mAh massive battery is placed under this phone which supports 25W quick-charging. The USB Type-C is available at the bottom side. 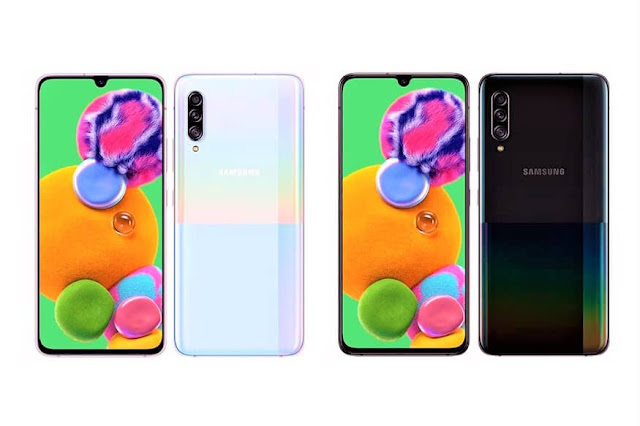 This flagship killer smartphone has launched with a 6.7 inches Infinity-U display with FHD+ display and I don’t understand why companies are forcing us to buy phablets, which can’t be handled with a single hand. The display resolution of this phone is 1080×2400 pixels and the aspect ratio is 20:9. The pixel density is 393 PPi. The fingerprint sensor is placed under the display. Nothing is revealed about the Corning Gorilla Glass protection.
The phone runs on the Android 9 Pie with Samsung One UI. The Qualcomm Snapdragon 855 Octa-core processor is used in this phone with a max clock speed of 2.84 GHz. Adreno 640 GPU used with this SoC for the heaviest gaming sessions. The RAM is 6 GB and internal storage is 128 GB, which is expandable up to 512 GB via memory card slot.
Triple-camera setup is used on the rear side and it comes with the 48+8+5 MP camera sensors. The 48 MP is the main sensor and its aperture size is f/2.0. The 8 MP is the ultra-wide sensor with f/2.2 and last 5 MP sensor will measure the depth with its f/2.2. The phone is capable to record 4K videos at 30 FPS or 1080P videos at 60 FPS or 720 P videos at 960 FPS. The phone has a 32 MP sensor on the front side with f/2.0 aperture and this can record 1080P videos.

The phone has been launched with the large display and I don’t like this much larger displays because of handling problem, otherwise, display is good except one thing and that is the absence of Corning Gorilla Glass protection. The processors are the best and, you will surely love this phone’s gaming performance. The cameras are decent and you can consider them for the good shots. No 3.5mm jack is a drawback. The 5G is main USP of this phone but I will give a kick to this phone because you can consider Samsung Galaxy S10e at this pricing, which is a 4G phone but far better than this one.
Post Views: 61