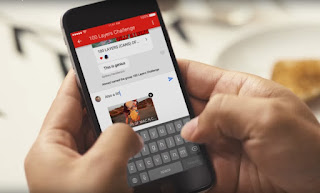 Youtube chat is now available for the Android smartphones and IOS iPhones, but this is not started for PC/Laptops or computers. Recently, Youtube launched the sharing tab for their users too.
The Youtube sharing tab helps you to chat privately with another user, and this helps you to send the videos too. This Youtube feature helps you to create groups too. What is Bluetooth and how do Bluetooth works?
Last year Youtube launched this feature for some users as the Beta version of Youtube. This feature is now officially rolled out for the users, and this will be useful for the Youtube users too, because, through this feature, we will be able to chat with our friends on Youtube. Uninstall these Apps now to save battery and Internet data.
Let me tell you this is so simple, and I’m telling you these steps, just follow them now-

Let me tell you, you will be able to add other users here too. This year is launched after the one year testing. The Youtube chat was launched in the Canada, but now it is officially announced for India too. These Youtube facts will blow your mind.